It’s easy to guess that Eve Best did an English degree. Her descriptions of acting are studded with metaphors: it’s like ‘surfing’ on a wave of people; the audience is a ‘video camera’, a ‘catalyst’, the ‘third person in the room’. When describing the actor-audience dynamic she helpfully substitutes ‘dialectic’ for my clumsy suggestion ‘dialog…ical?’

Best, (born Emily) studied at Lincoln in the late eighties, and remembers it fondly. ‘We had a good time. I had a very, very good time. I remember doing a lot of plays and hanging out in gardens and falling in love and out of love quite a lot, and crying and laughing a lot.’

Yet after graduating, Best went on to do something totally out of the ordinary for a drama-loving English student: she actually became an actress. Her slow burning career over the past 15 years has included many small television roles which have led up to what you could call her ‘big break’, a starring role in the American series Nurse Jackie, and a small part in the Oscar-winning The King’s Speech. Yet viewing these roles as the pinnacle of her success would be to massively underplay her many successes on – and her clear preference for – the stage.

With an Olivier Award win for Hedda Gabler and another nomination for A Moon For the Misbegotten, Best is currently one of the most talented British actors on the London stage. Her recent turn as Beatrice in the Globe’s Much Ado About Nothing garnered unanimously positive reviews and a sold out season, with audiences on their feet for virtually the entire final act. From the moment Best walked onstage and began chatting to members of the audience, taking their hands and asking how they were, the production was full of the kind of audience interaction you would never see in the West End. Interestingly, this is what Best cites when asked why theatre is her favourite medium: ‘It’s a human experience. The audience has a spirit – a camera doesn’t have a spirit. You can’t reach out and hold the camera’s hand.’

Comparing acting at the Globe to more mainstream theatre, she says ‘the audience is going through the story with you, much more so than in a regular theatre where you’re in the dark and the focus of your attention is on the person standing opposite you on the stage. At the Globe, because you can see the people, the experience of the play becomes triangular.’ It seems that naturalism is not really her thing. She loves the awareness of acting that it is acting, and the joy of bringing characters to life for an audience. ‘It’s impossible to ignore the audience. If you tried to you’d get into terrible trouble,’ she says. ‘It’s like having a conversation.’ She does acknowledge how intimidating it can be to act in front of so many faces; Best goes to watch plays at the Globe herself and ‘I stand there thinking this is terrifying, I could never in a million years imagine ever acting on this stage or wanting to act on this stage, it just seems impossible and overwhelming. But then when you’re there to act, when you walk onto the stage about to do a play it’s very welcoming. It feels much smaller than it seems when you’re standing down in the pit.’

One can understand why one reviewer called the Globe’s Much Ado About Nothing ‘self-indulgent’, as the humour did sometimes stray into pantomime, yet with a three hour play to present to a thousand shivering audience members, one cannot blame the company for overplaying a little. The production was very joyful, distancing it from the po-faced formality of the West End or the camp theatricality of London musicals. Another reviewer called Best’s performance ‘impish and audience embracing’, perhaps with a better understanding of what type of performance is necessary on the very unusual Globe stage. Whatever the reviewers said, I have never seen an audience respond so well and so unanimously to a piece of theatre.

Best is fairly unique in her move to American television, which is not lacking British actors, but (as she pointed out to me) British actors without American accents. Damien Lewis, Dominic West, Hugh Laurie and Rufus Sewell all have major roles in US TV shows, but as Best says, ‘I’m the only person I can think of playing a British person. They changed it for me, it was written as an American.’ It doesn’t surprise me that they did, as I can imagine many people find themselves promising things they don’t expect after coming face to face with her exuberant personality and earnest manner. She went straight from finishing at the Globe to New York to begin shooting again, and says ‘it was very strange having to go immediately from one to the other, very extreme. Going from running around barefoot as Beatrice and then suddenly I’m playing a very high maintenance character.’ Talking about Nurse JackieBest is, as always, enthusiastic, but she refers to ‘lots of high heels’ and ‘spending hours with rollers in my hair,’ instead of the in-depth discussion of her craft she delves into when talking about theatre. She does, however, hint at dramatic developments for her character, Eleanor O’Hara, saying ‘I probably can’t tell you what I am in this season. I can’t give away the plot, but [O’Hara] is a very polar opposites kind of person.’

Despite her seemingly permanent move to New York, her film roles and the move to US television, the Eve Best I spoke to seemed determinedly attached to her roots in stage and in the UK. Nowhere was she more animated than when speaking about Oxford, the Globe, and UK politics. ‘I kind of now wish that I could go back to Oxford again’, she says, and asks ‘What’s the lovely little pub that you go into down the little tiny alleyway? The Turf! Yes. Which is now enormous! They’ve extended it all through the back!’ with the same enthusiasm she showed for acting to a sold-out theatre in central London. On the subject of tuition fees, she is ‘shocked and appalled’, but says that ‘the worst thing would be for people to stop doing degrees. Do the degree and then deal with the wretched overdraft: money can be found.’ When I ask about the future of the arts, she has similar advice. ‘The thing to remember is that in the darkest political times, times when there’s been least support and most censorship, least money, most restrictions, there has been huge artistic flourishing because there’s always such hunger for art. Although it’s getting harder and harder the key is to just keep on doing it.’ Coming from an actor who is getting her biggest roles now, aged 40, this is heartfelt advice. 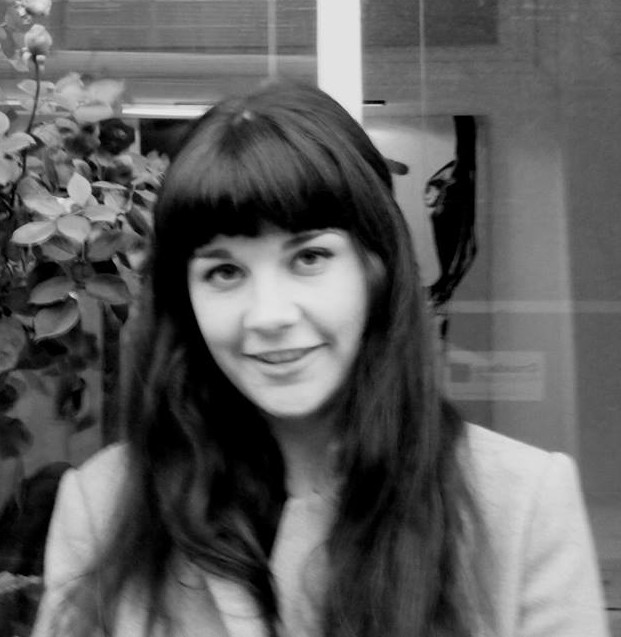